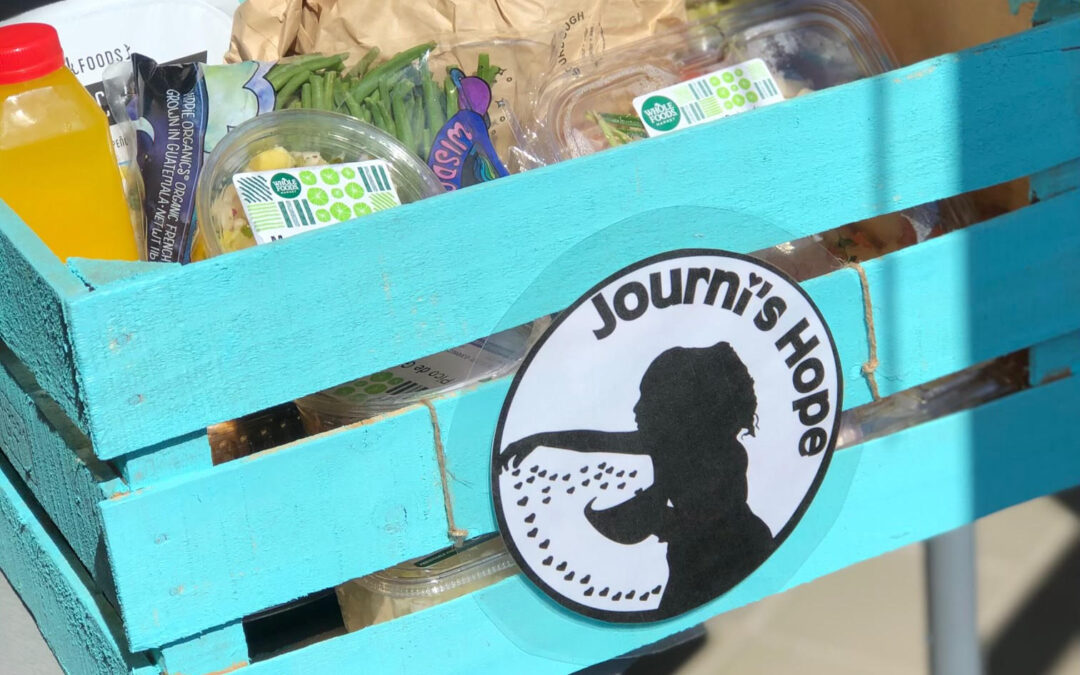 As it turns out, they have only been around since November of 2020!  Over that short period, they have established working partnerships with FoodChain, Campus Kitchens UK, Wild Lab Kentucky, and Glean Kentucky.

Rachel teaches in the Gifted and Talented classroom at Maxwell Elementary.  She attributes Journi’s Hope’s quick formation and organization to every teacher’s secret super power: keeping up with reams of paperwork while fulfilling their roles as educators.  Rachel and other fellow educators saw a need for food and other groceries during the Covid crisis among the families of the children that they teach.  They received requests for help primarily from families who had recently immigrated here.  Several of these families had positive Covid exposures and were in quarantine with no way to get food or groceries.  Journi’s Hope was formed in response to this need.  They currently serve twelve families.  They intend to continue to expand their programming to include more.

Journi’s Hope is 100% volunteer run, though they are working on putting themselves in a position to seek funding for paid staff in the near future.

As a volunteer, you may have noticed Journi’s Hope’s slot on Fridays.  They pick up their own produce from Whole Foods.  Once retrieved, the produce donation is taken to Campus Kitchen UK where it is sorted with other food and groceries.  FoodChain helps fill in some of the produce gaps and Wild Lab KY provides fresh bread.  The food and groceries are then sorted into parcels and delivered to each family’s home.

We are very excited about our partnership with Journi’s Hope and look forward to being a part of their growth moving forward!