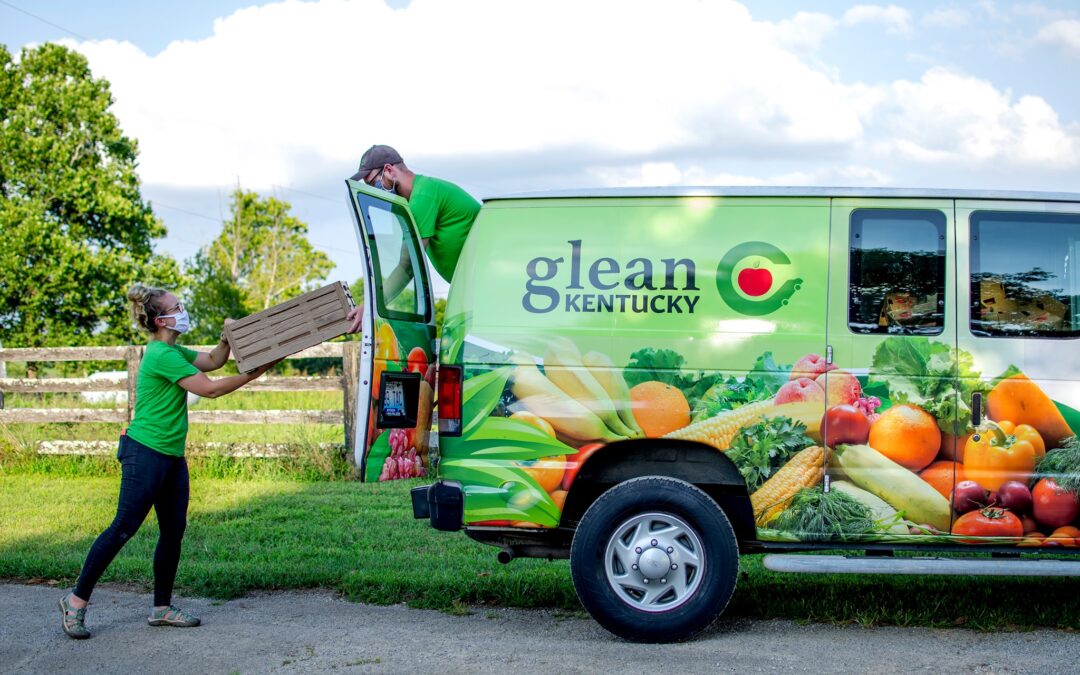 At the start of March 2020, we had all sorts of big plans – a 10th Birthday Celebration planned for the end of the month, our program staff were preparing to present at the International Gleaners’ Symposium, and we had an exciting slate of fundraising and social events lined up for the latter half of the year. Within a couple weeks of that moment, we’d cleaned out the freezers at a half dozen restaurants and hotels, issued safety guidelines to our gleaners, and had delivered thousands of prepared meals for children who suddenly found themselves without access to their school cafeteria.

Ours was not the only organization to find their year upended around that time. A common thread runs through many of the responses to our most recent program evaluation: COVID-19 has drastically impacted our neighbors facing food insecurity, making it more important than ever to provide access to the food they need.

Around the start of April, I found all this uncertainty unnerving and difficult to sit with. I expressed this feeling in a video update I put out around that time, quoting Fred Rogers’ advice to look out for the ‘helpers’ during hard times. I was comforted by all the incredible people stepping up to make a bad situation a little better – those putting themselves at risk during a difficult time to make sure their neighbors were still being taken care of. It turns out, of course, that these helpers – our volunteer gleaners, the good-hearted produce donors, and hard-working people at feeding programs throughout the state – have always been here, and will be around for plenty of time to come.

Despite all this uncertainty and interruption to our plans, we accomplished a handful of major things last year. We harvested some tomatoes and okra at a farm in Boyle County, gleaning our two-millionth pound of produce all-time. A couple weeks later, we issued our sixty-page Gleaning Field Guide – mailing a copy to the library and cooperative extension office in every county in Kentucky, and making it available online for anyone to download for free. And a couple months after that, we hired a Field Coordinator for the South Central Kentucky region – since then, Elaine’s been hard at work establishing a gleaning presence in the area, and even managed to rescue over 700 pounds of fresh produce by the end of the year.

Best of all, we’ve kept our attention pointed forward to the future. We’ve restructured our staff to focus on improving and increasing the capacity of our programming, retooled our volunteering interface, and have plans for further expansion of our work in other parts of the state. The steps ahead of us will certainly not be without challenge, but as Glean Kentucky embarks on its next ten years, I could not be more excited for what we’ll accomplish.