It’s Not Just About Food! 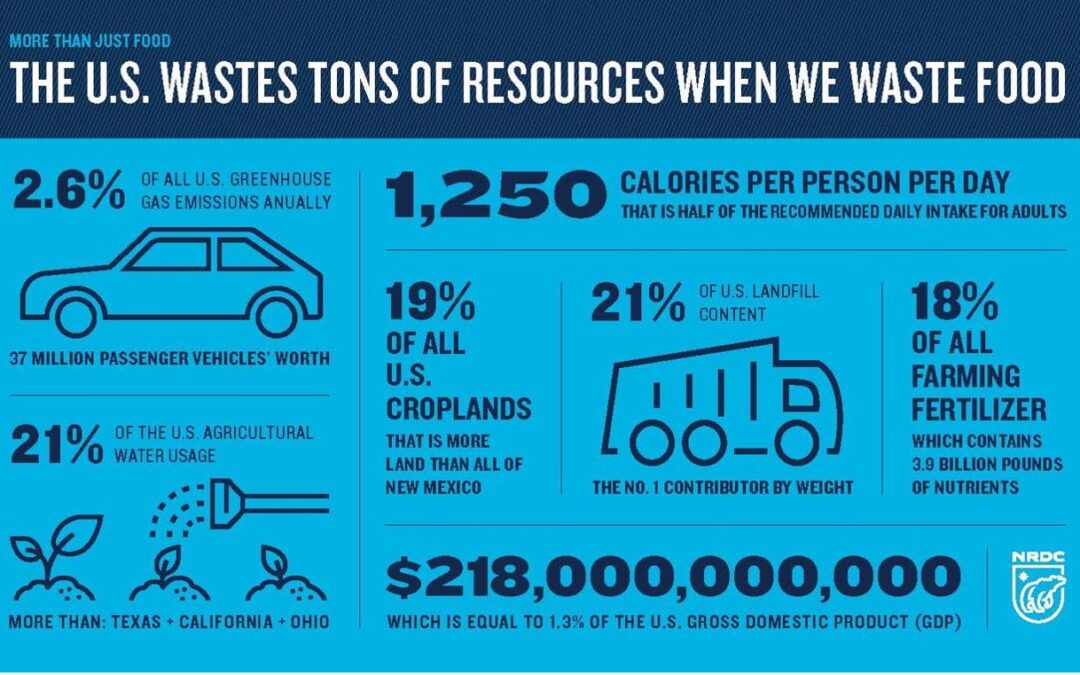 How do you turn 1,000 pounds of packaged produce into one small bag of garbage?

Glean Kentucky is about feeding people but that’s not all we do!  The first thing we do is rescue produce from landfills.  As this wonderful infographic from The National Resources Defense Council shows, food waste is severe in this country and amounts to approximately 21% of content in landfills.  In fact, wasted food is the #1 content by weight in US landfills.  Additionally, 1 in 6 Kentucky residents deals with food insecurity. In spite of this need, an estimated 40 percent of food in the U.S. goes uneaten.  In 2017, more than 40 million tons of food waste was generated and only 6% of that was diverted away from landfills and incinerators. That’s where Glean Kentucky shines!  We rescue produce from becoming waste and deliver it to the agencies providing food to these Kentucky families.

But we don’t stop there either!

Sometimes there is produce we can’t donate.  Maybe it’s too far gone or it’s something we simply aren’t allowed to donate.  This is more likely when doing retail grocery pickup than when working with farmers or farmers markets.  It’s the nature of the retail world.  When we have left over produce, it would be easy to simply bag it up and toss it but that’s not what Glean Kentucky is about.  Luckily, in Bowling Green, we have access to composting thanks to Western Kentucky University and Compost Bowling Green.  So, we pile any leftover produce into the compost bin instead of sending it to bloat a landfill!

We see a lot of boxes and many of these boxes are used to deliver the food to agencies.  But, quite often, we condense down and have left over boxes.  At least once a week, we break these boxes down and drop them off at Southern Recycle.  Any packaging that qualifies for recycling (like paper) is also recycled or composted.  If you’ve ever tried to break down a banana box, you know it’s no easy task!  But it’s a worthy task given our mission to feed people while reducing the burden on landfills.  When you’re values driven, you go the extra mile! 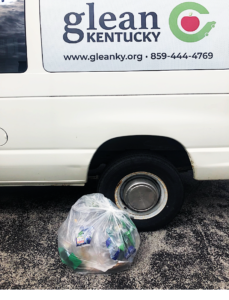 “Values are like fingerprints.  Nobody’s are the same, but you leave them all over everything you do.” ~ Elvis Presley