Glean Kentucky on the Scarecrow Walk 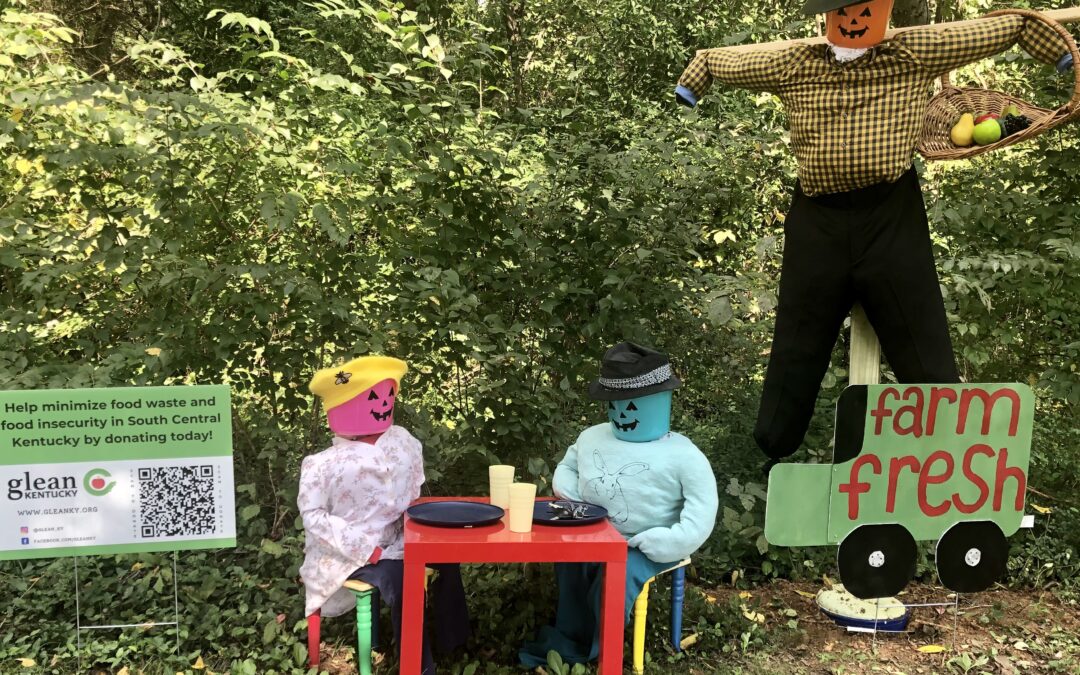 If you’ve never visited this little gem, you’re missing out.  The cave is tucked nearly 60 feet below US Hwy 31W and is connected to 72 acres offering trails, wetlands, meadows and restored prairie.  The history of the cave includes use as a shelter and burial site for Native Americans, grist mill, sawmill, wool carding, and distillery.  Both Confederate and Union troops utilized the cave during the Civil War. Later, the cave became The Underground Nite Club and gave welcomed relief from summer heat to locals looking for music and fun.  After a time of severe neglect, and use as a dumping ground, the cave entrance and 25 acres of wooded valley was donated to WKU by local families.

Today, Lost River Cave is a fellow non-profit organization dedicated to the conservation and sustainability of the cave and surrounding area.  Support from donors, members, boat tours (yes, into the cave!), gift shop, and event income allows Friends of the Lost River, Inc. to fulfill their stated mission:

This October sees the 10th anniversary of The Scarecrow Trail at Lost River Cave.  It opened October 2nd and will run thru Sunday, October 24th.  The scarecrow trails are open from dawn to dusk and feature approximately 75 displays arranged by local businesses, organizations, and families.  You’ll see everything from the cool and wacky to spooky and creepy!  It’s free to visit and entirely outside, which is likely why they are expecting record turnout this year.  They have also included an area of decorated trail that is paved and fully accessible.

This is the first time I’ve put together any kind of display that would have to brave the elements for almost a full month.  Whew, did I learn a lot!  I was lucky to have a wonderful intern working with me.  Hannah Shapiro proved invaluable by scouring thrift stores for perfect items that fell within our budget.  We had a few coffee-soaked brainstorming sessions and came up with a scene that could be fun and tell the Glean story.  As we started to gather our “supplies” we bumped up against the current supply chain issues.  We decided on the round pumpkin “buckets” for heads, however, 2021 would have none of that.  No matter where we looked, no one had round pumpkin candy buckets.  So, we settled on the actual bucket shaped ones and ran with it.

I thought it was a brilliant idea to stuff the clothing with plastic grocery bags as they would not soak with water.  What I didn’t realize was how the wet cotton fabrics would weigh down the lightweight bags.  Each of the torrential downpours we had within the first 10 days of the setup left our “people” in a major slump!  As of this writing, I’ve had to bring home all the heads to do some repair work so I can get the them to last another few weeks.

I am undaunted, though, and I look forward to applying all I’ve learned to next year.  Glean Kentucky’s first go at this event has been tricky but incredibly fun, kind of like Halloween!